Home Blog Running with the Bulls in Pamplona

This Week: Why I decided to go running… Knowing the baseline… My favorite travel wallet… One of the least-aware people in the world… And, how marriage changes you.

Last week, I ran with the bulls in Pamplona, Spain. As someone who is always looking to get out of my comfort zone and get an adrenaline rush, this has been on my bucket list for a while. 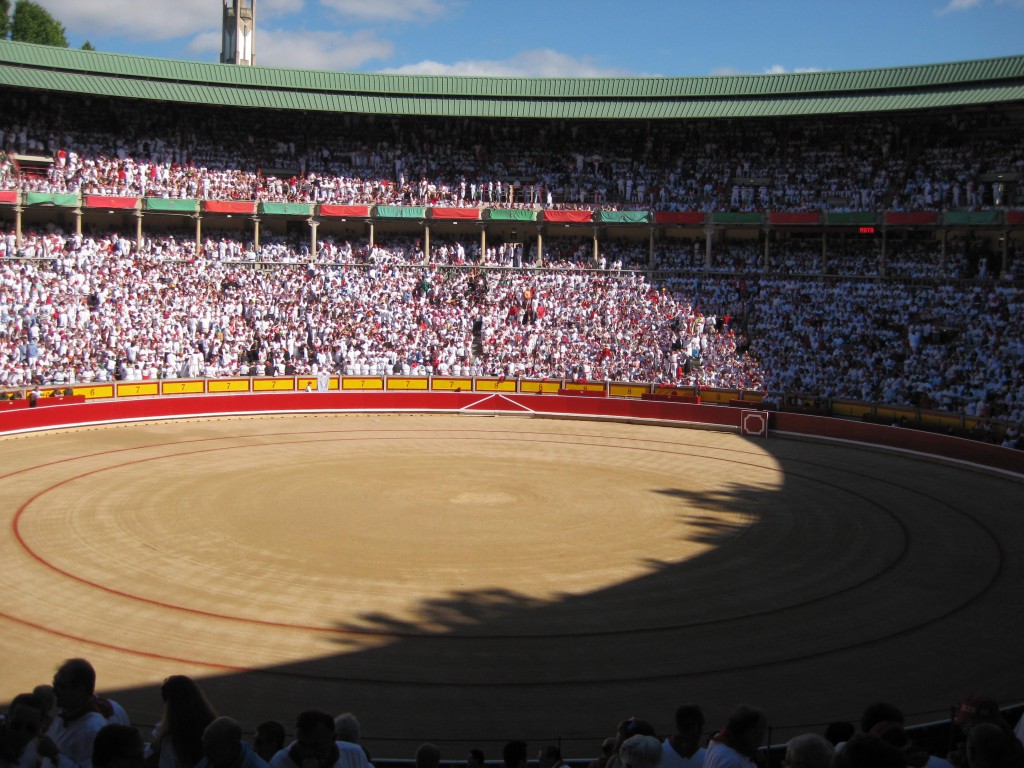 The first thing you need to know about running with the bulls is do not watch any of the youtube videos of people getting gored before you run. This is not a good idea because it will not increase your motivation.

The second thing you need to know is that you want to match the baseline. In Pamplona, the baseline is white pants, a white shirt, the red sash, and red scarf.

If you were anywhere else, you would look ridiculous. But in Pamplona you will stand out and draw attention to yourself if you’re not in this outfit. (And while Pamplona is safe, if you travel to other parts of the world, not matching the baseline can put you in serious danger.) 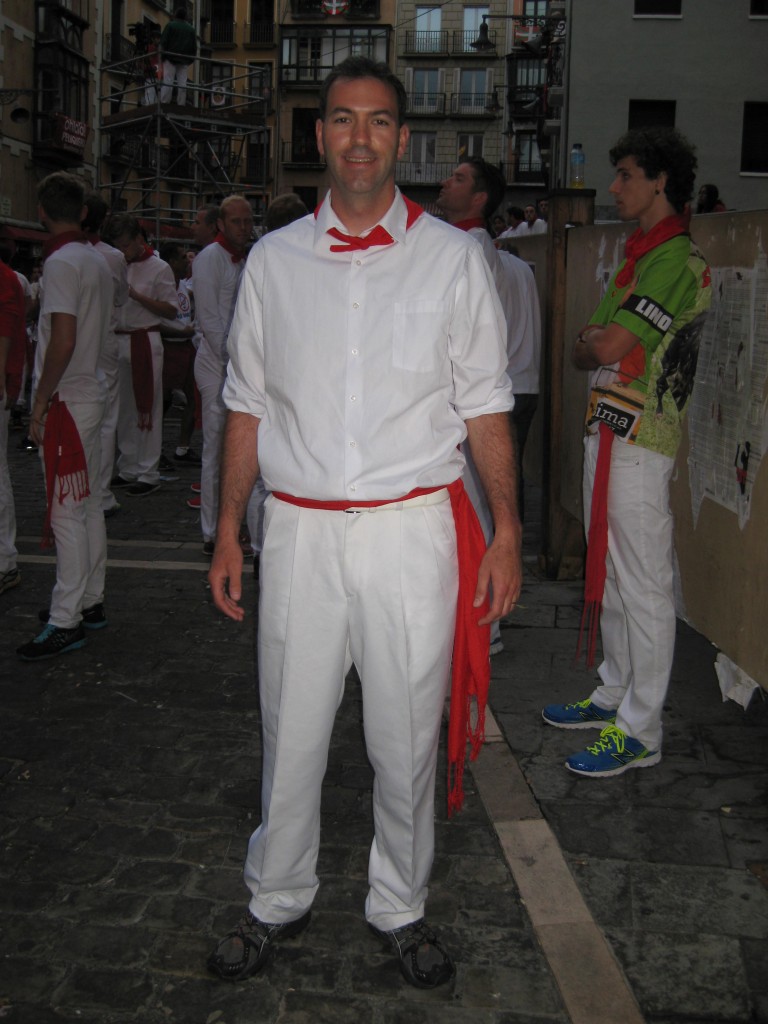 The third thing you need to know about running with the bulls is that once you see that 1,000-pound animal with horns charging at you, all “societal politeness” goes out the window.

What I mean is, running with the bulls gave me a good look at a complete meltdown of society. People were throwing elbows, shoving, trampling people, and doing whatever they could to get out of the path of the bulls.

I saw those around me (including myself) do whatever they could to survive, to make sure they didn’t get gored. While this may not sound politically correct and could make some people uncomfortable, when “the stuff hits the fan” you’ve got to be willing to “throw a few elbows” to get you and your family to safety. 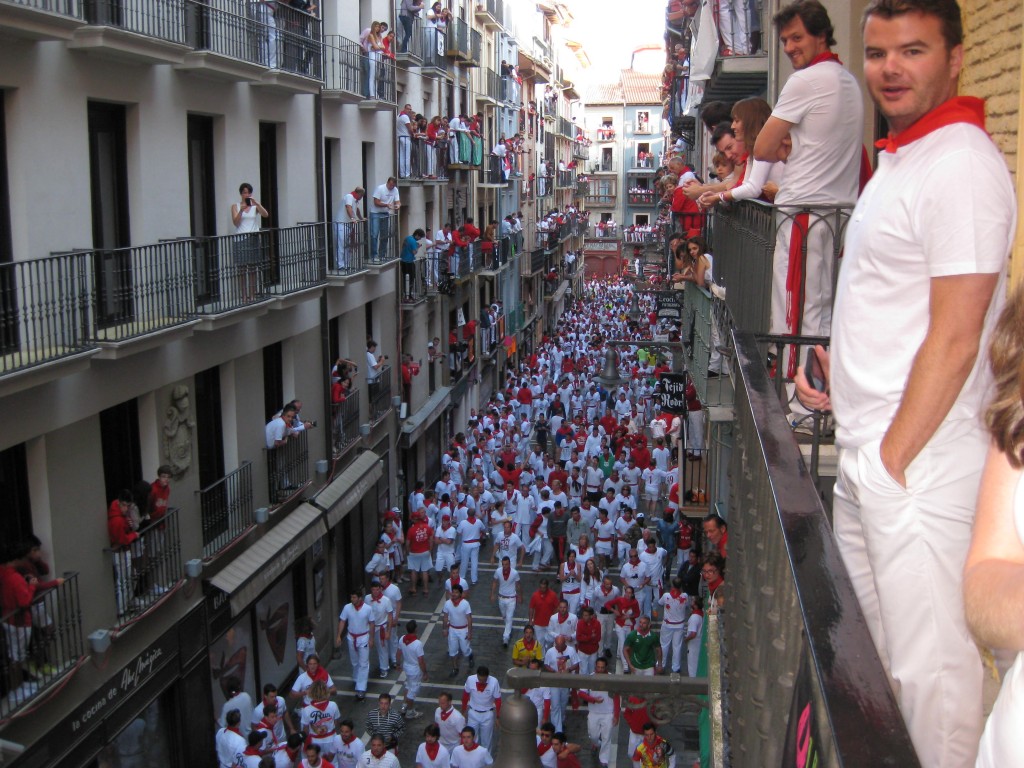 The fourth thing you need to know about running with the bulls is that you want to prepare. You want to know where to start (many people who don’t know this are disqualified from running), what portion to run, and what turns you want to avoid. Like all things in life, those who prepare (emergency savings, food storage, water, survival gear) usually end up better off than those who don’t.

Running with the bulls was a blast while also being truly terrifying. Anyone who tells you that they weren’t afraid is either a liar or a sociopath. I’m pretty sure I’ve got it out of my system now but the excitement of running with the bulls is like a drug so my friends or relatives may be able to convince me to do it again with them one day.

From Kyle N: My name is Kyle, been a long time fan of your articles/products (using a tactical pen at work today as we speak). Being that I have a new wife, I have never really felt responsible for someone’s safety until I married her. The information you give out within your articles do make me think about certain situations and how to avoid them with my young family.

A: Just wait until you have kids…

From Ron H: Do you have any space for students in your next driving class?

A: The next driving course is completely full. But, due to high demand, I just added a new Driving Course date to the calendar. Click here for complete details.

From Andrew N: In early June, you sent out an email regarding items we should pack when traveling overseas. We received this email 4 days before we were to depart for a Mediterranean cruise and I ordered the Shacke wallet from Amazon and it was invaluable… as most travel guides warn you about pickpockets in the major Italian cities such as Rome and Milan.

A: I also just used that travel wallet while traveling around Spain. It’s my favorite way to carry my passport and other valuables.

From Athena C: Jason, my husband says I am one of the least aware people in the world. Consequently he is always apologizing to people I almost bump into because I am oblivious. I wear glasses which makes it worse. My sister calls me a kitten in traffic. Well after your videos I have changed that. I now go to Walmart in code YELLOW with a Spy escape and evasion mentality.

A: That is wonderful to hear, thank you for sharing. It is never too late to take control of your safety and change your outlook of your surroundings. I wish more people had your positive attitude.