This Week: Utah Police… Understanding deadly force law… The 3 elements that must be present… Where to put a large gun safe… What to do if someone is watching your house… And, should we really lock up our guns?

Over the weekend, a 31-year-old man was walking out of the Macey’s parking lot in Orem, Utah. Suddenly, he heard a woman scream and noticed a man dragging her out of her vehicle in what looked like a carjacking.

The 31-year-old man (who has a valid concealed carry permit) drew his gun and ordered the attacker to stop. According to police, the attacker lunged at the man trying to grab his gun so the man fired several shots at the attacker killing him. 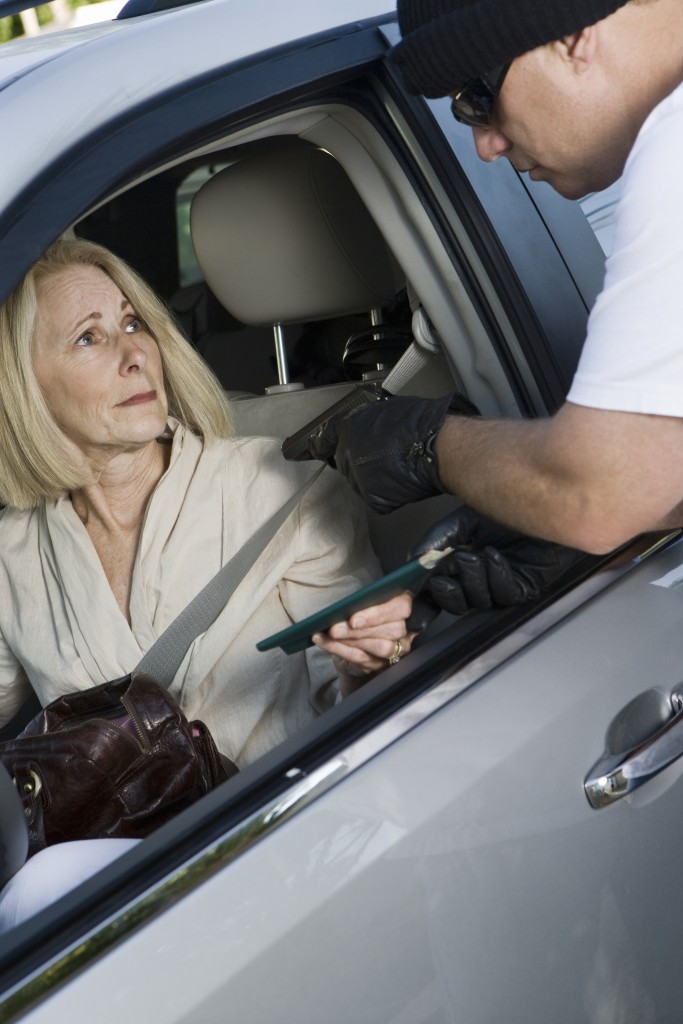 The fact is, it doesn’t matter if you carry a gun or not, I think it’s critical that everyone understand deadly force law because you might not be using a gun to defend your life… It might be a knife, a tactical pen, or your bare hands. 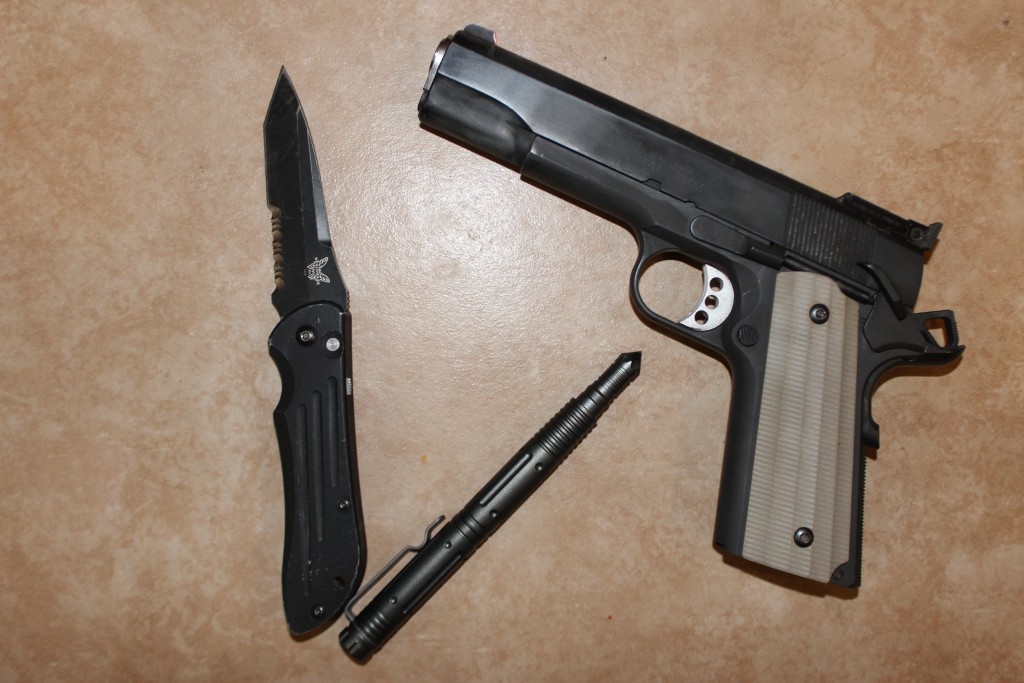 So, here’s a quick primer on deadly force law and why the 31-year-old made the right decision…

In most states, in order to use deadly force against another person you or the person being attacked must be in fear for your life or serious bodily injury. In the state of Utah, an attempted carjacking falls under the serious bodily injury category, which is why it was okay for the man to draw the gun.

Once he drew the gun and ordered the attacker to stop, if the attacker had indeed stopped and just stood there, the man should not have shot him and just held him at gunpoint until police arrived.

However, the moment the attacker lunged to grab the gun, firing the gun was 100% legal. If the attacker had gotten hold of the gun before the police arrived, he could have used it on the 31-year-old and ended up killing him, the woman, and possibly other innocent bystanders. 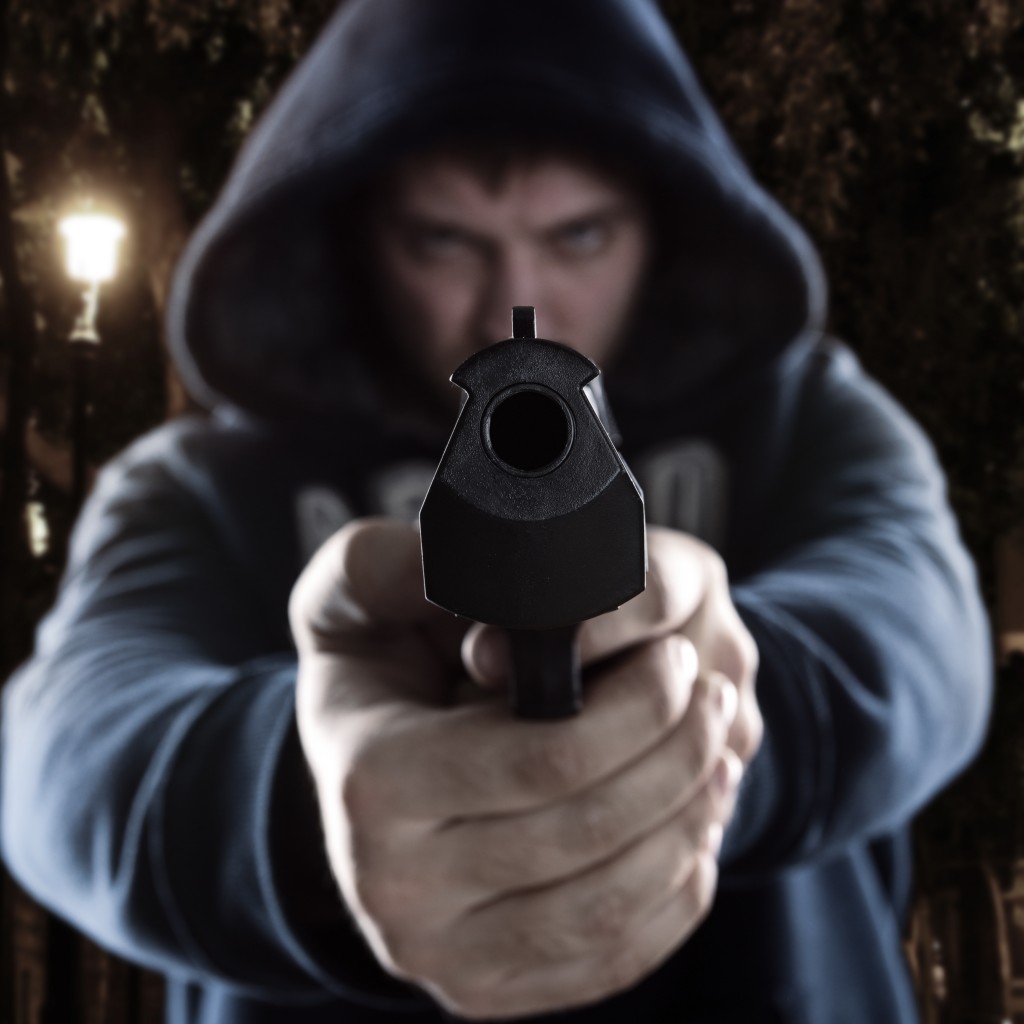 To delve even deeper into deadly force law, here are three elements that must be present to use deadly force. Ability, Opportunity, and Jeopardy.

Ability– This means the person has the ability to kill or seriously injure you or another person.

In the story above, the attempted carjacker showed that he was not disabled or otherwise unable to seriously injure someone because he was forcefully dragging the woman out of her car.

Opportunity– The circumstances are right for the person to use this ability to harm someone.

In other words, this attacker wasn’t on a deserted island all by himself. He was in a crowded parking lot where he proved he had the opportunity by actually attacking the woman.

Jeopardy (also called Intent)– The person’s actions give you reason to believe they will kill or seriously injure you or another person.

The man was dragging the woman out of the car and he lunged at the 31-year-old with the gun, showing intent.

Don’t forget, deadly force law doesn’t only apply to guns. If you happen to find yourself in an airport bathroom and someone tries to attack you and you end up killing that person with your bare hands then deadly force law applies just the same. 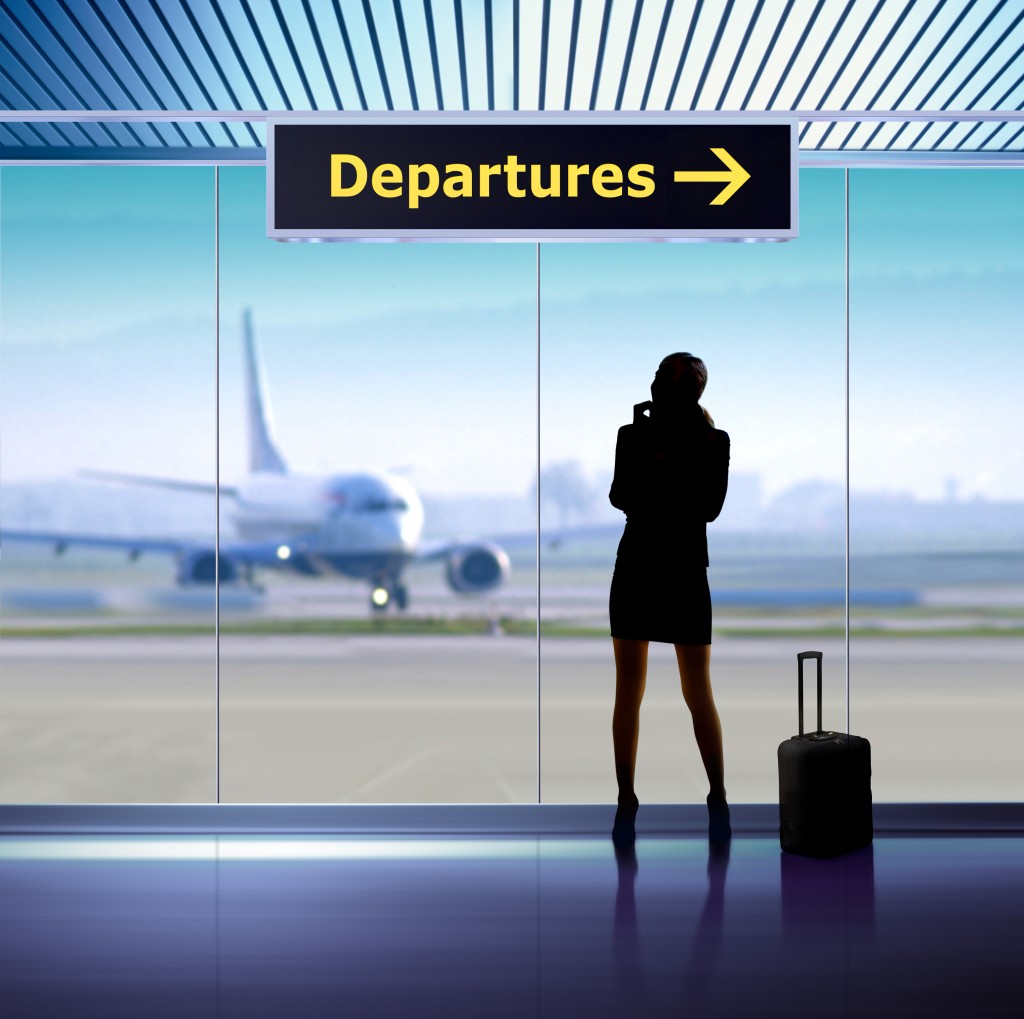 So, please make sure you fully understand deadly force law. Know when you should act and when you should wait for the police. You don’t want to end up in jail for pulling or using a gun or a knife when it’s not legally justified.

From Rachel H: My husband and I just purchased a Redhead 25 capacity gun safe. We are trying to decide where to put it in our home. We are thinking in our master bedroom on the 2nd floor? What’s your opinion?

A: I would not put it in your master bedroom. The bedroom is the first place a burglar goes because they know that’s where most people keep their valuables. I would put it in a more discrete and less obvious location. (I don’t know the layout of your house so I don’t know exactly where that might be for you.)

From Luke L: Someone has been watching my house from my driveway, they let off shots in the middle of the night last night and continued to watch our house this morning. Is there anything you would recommend I do or something you recommend I purchase as far as surveillance, thank you.

From John H: After reading the “Richard D.” situation, consider being in a situation that you have to defend yourself and your family if an intruder is in your home. Your mind is on where the intruder may be and dialing your gun vault combination. Speed is essential and dialing a combination doesn’t work. Your weapon has to be readily available, not locked up.

A: I have two young kids so my guns are always locked up. They are all in rapid access safes. I can get my guns out in three seconds or less. If you don’t have any kids then it may be okay for you to have guns out that aren’t in a safe. But, if you have kids, or kids ever visit your home, never in a million years would I have any guns out that aren’t locked up.

From Michael S: I made purchase of your Retirement Gun Business Guide… If you could answer these for me in a reply would be great. The critical thing I need to do before even thinking about filling out a single form. The simple two-word phrase that needs to go in one of the boxes to ensure my application gets quickly approved.

A: Since that information is for Retirement Gun Guide owners and is a longer explanation, I will make sure you get the answers you need in a separate email. (For details about the Retirement Gun Business Guide, click here.)