Home Blog 4 Weapons for When the Ammo Runs Out

This Week: Self-defense tools for when the ammo runs dry… The Kukri… Glock vs. Sig Sauer… The Tactical Pen DVD… And, what would you do if three armed men burst into the store you were in?

These days, there are several entertaining shows on TV where people have to survive a zombie apocalypse or a blackout or some other crazy situation that causes a total collapse of society.

In the beginning of these shows, the characters typically use guns to defend themselves, but they eventually run out of bullets and have to find alternate weapons.

And while I personally have a significant amount of ammunition stored, and I pray that I never see the day where I need to use it all for self-defense purposes, it’s always a good idea to play the “what if” game.

So, what if you and I ran out of ammo and still had to protect our families during a crisis situation? What other weapons could we turn to? 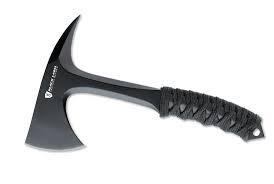 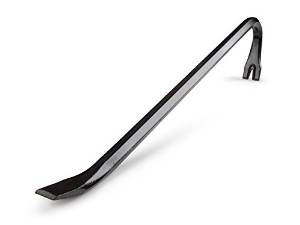 Of course, there are numerous other weapons like cross bows, swords, spears, etc., but the most important thing to remember is to be trained not only with your gun but with all the weapons you own and may have to use one day.

From Ray J: In your article, you mentioned that your number one home defense gun is a Sig Sauer P226. If I remember correctly, a number of months ago you mentioned having a Glock. I am curious what advantages the Sig Sauer has over the Glock?

Answer: Great question. I own a lot of guns and end up swapping them around and using different ones at different times in my safe on my nightstand. Both the Glock and Sig are quality built guns that I would bet my life on. (Other guns you might find me using for home defense include a Springfield 1911 and Smith & Wesson M&P.) The important thing to remember is to train with all your home defense guns regularly so that no matter which you currently use from your rotation you can use it well.

From Mike W: Hey good day! I bought a number of pens for family members. What a great product!

Answer: I obviously agree with you, which is why I’ve also gotten numerous family members a Tactical Pen too. They make great gifts for birthdays and Christmas. (Click here, if you don’t have a Tactical Pen yet.)

From James F: I neglected the program to learn how to use the pen. How can I do this?

Answer: You can get the Close Quarters Tactical Pen training DVD, right here.

From David L: I’d like to find out how you would have handled the following situation, if you were one of the customers in this real-life robbery below. You’re with your child when three armed men rob a Gamestop store.

Answer: There’s never a “100% I would do this” answer to these questions because it depends on exactly what’s happening in the situation. For instance, how far apart are the three robbers (can I shoot them all quickly or are they spread out)? How many bystanders are there (what’s the risk of hitting an innocent person)?

Again, there are so many variables. But, the bottom line is, if I’m in fear for my life and think these guys are going to kill me and/or my child then I’m going to draw my weapon (at the right moment) and defend myself. This is the reason it’s so critical to get proper firearms training. There’s a big difference between shooting a paper target and having to deal with three different targets.