This Week: Sandra Bullock’s home invasion… A unique home defense weapon other than a gun… Where to hire a bodyguard… When to draw your gun… And, carrying a credit card knife on an airplane.

Recently, several websites have leaked the 911 call that actress Sandra Bullock made when she suffered a home invasion about a year ago.

Ms. Bullock was asleep in her bedroom when she was awoken by several loud noises coming from downstairs. At first, she ignored the noises thinking it may be nothing, but when the noises continued she got out of bed to investigate. As she peered through her bedroom door she saw a man walking in her hallway.

Immediately, Ms. Bullock closed and locked the door and called the police. According to police records and the 911 call, Ms. Bullock was unarmed as she hid in her bedroom waiting for police to arrive.

It took police about 13 minutes to respond to the house and when they got there they encountered Joshua Corbett and arrested him. Mr. Corbett had been stalking Ms. Bullock for sometime and is essentially a nut job that’s in love with Ms. Bullock.

Thankfully, Ms. Bullock wasn’t physically harmed and things turned out about as good as they could have, given the situation. Had this been a “real” home invasion, meaning criminals were there for cash, jewelry, electronics and other items, it could have been a deadly situation for the actress.

The thing is, being that she’s an “A-list” celebrity it may not be the last time that some crazy person falls in love with her and stalks her again. That’s why today I’ve got 3 quick tips for Ms. Bullock and for all Americans who wish to be safer inside their homes.

According to the Internet (which never lies), Ms. Bullock has a net worth of $200 million. Now, I’m no mathematician, but with that kind of money you can afford one heck of an alarm system. Perhaps Ms. Bullock does have an alarm system for home defense and she just forgot to turn it on that night.

You’d be amazed at the number of stories I’m told about people who have break-ins because they forgot to turn on their alarm systems. I do realize that people are lazy and may not want to get out of bed and turn on an alarm.

However, these days almost every alarm system comes with a key fob that you can leave on your nightstand and turn on and off the alarm while in bed. What’s more, these key fob’s have panic buttons, which you can push to set off the alarm and have police notified.

Everyone ought to have a home defense system these days because they’re so inexpensive, and you also want to make sure your alarm system comes with a key fob (or two.) And, that you actually use it.

It will be a cold day in you know where before I’m hiding in a closet unarmed while a criminal is walking around my home. Don’t get me wrong, I’m not saying that hiding in a closest is a bad thing to do while you’re waiting for the police to arrive.

It’s always a good idea to avoid a confrontation if you can because you never know what weapons the criminal is carrying. But, if the criminal finds you hiding in that closest you need to have something to defend yourself, you don’t want to be a sitting duck while they have their way with you.

Needless to say, my number one home defense weapon is a gun, a Sig Sauer P226 with a Viridian C5L laser/light combination. I realize that Hollywood is rather liberal and most celebrities are anti-gun (at least until something bad happens to them) so they won’t choose guns as a way to protect themselves. 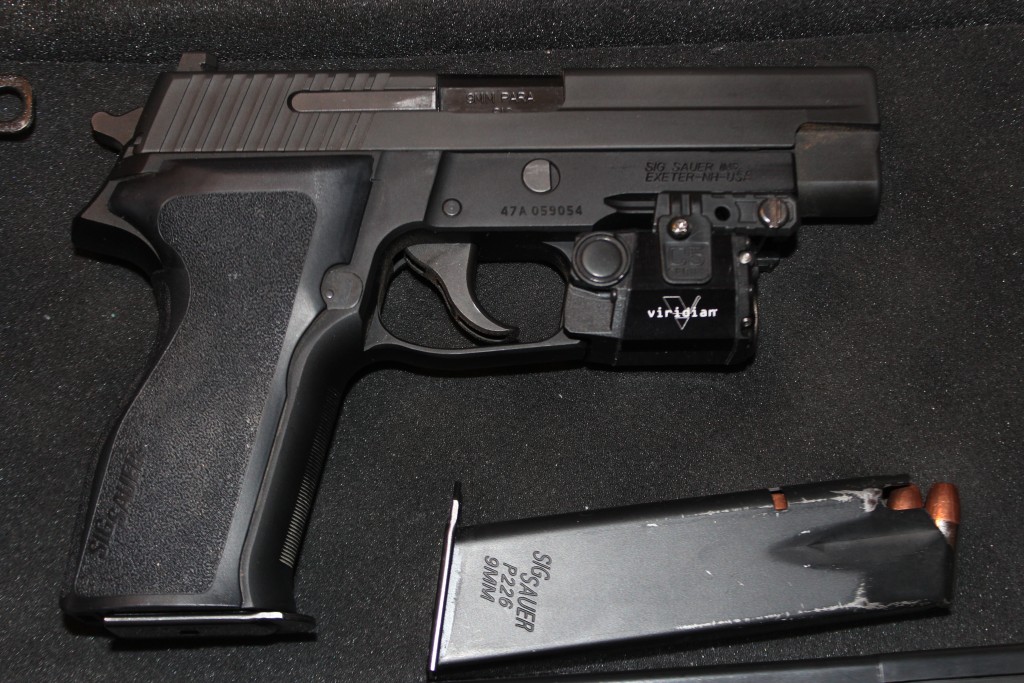 The thing is, there are so many items that can be used to protect oneself. Even though some of them aren’t that great (and they wouldn’t be my first choice) they’re better than nothing. So, grab a kitchen knife, an umbrella, a golf club, a baseball bat… grab something… and have it in your bedroom close to your bed.

A “cool” weapon that some folks may want to consider and that I would definitely use if for some reason I couldn’t have a gun, would be a tomahawk. The tomahawk is such a versatile weapon and if I chose to use one for home defense it would be the American LaGana Vietnam Tactical Tomahawk. 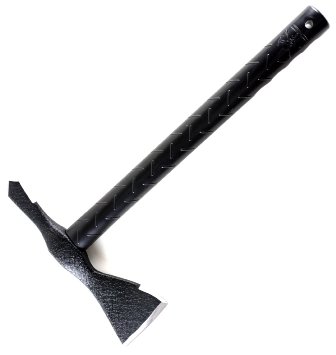 I own a company called Global Protection and Intelligence (www.GPIagents.com) that provides executive protection and investigation services.

And while most of us can’t afford a personal bodyguard, Sandra Bullock with her $200 million certainly can. And, if I was her and knew I had a stalker you better believe I would have someone at least patrolling my house and keeping an eye on my property 24/7.

After all, the guy who broke into her home was about as much of an amateur as you can be. If security personnel had been around they would have been able to locate him on the property and stop him from breaking into the home in the first place.

The bottom line is, all of us can afford an alarm system with a key fob and a gun or other self-defense tool to protect ourselves. And, even though we likely can’t afford a full-time bodyguard if we have the first two items we are in a very good position to protect our homes.

From Bob M: Jason, I ordered the information on how to get an FFL and am finding it interesting and informative but don’t see where the four bonuses are?

A: When you login to the website, the four free bonuses are on the right side of the page, directly below where the guide and other items are located. (Click here if you haven’t read the Retirement Gun Business Guide yet.)

From John R: I have read that someone should never draw their gun on an already drawn gun, however have also heard that it is ok to do so. Would you please comment on your opinion of drawing a weapon on a drawn weapon?

A: The decision to draw your weapon is always case by case based on whether you are in fear for your life. However, if someone has drawn a gun and is threatening you or a family member with it, then you have the right to respond with reasonable force. Personally, if anyone ever pulled a gun on me, I’d definitely be drawing my gun in response. (This is one of the reasons I practice my draw daily. The speed of your draw may save your life one day.

From David S: I hope the tactical pens aren’t the 19.95 special I got… they are more dangerous to the user than the perp. The rim on the pen cap will cut or punch a hole in someone’s thumb if not break the thumb.

A: You must have purchased a tactical pen on another website and have my pen confused for that one. My pen does not have a crown on top for the exact reasons you just mentioned. (Details about my Tactical Pen can be found here.)

From Phil W: Do you or can you carry the wallet knife in your wallet on a plane?

A: No, it’s a real knife and you cannot carry the credit card knife on an airplane. Although I know plenty of guys who do it anyway and TSA hardly every finds them. (But I would not recommend doing this.)